The Untold Stories of Male Survivors of Sexual Abuse. 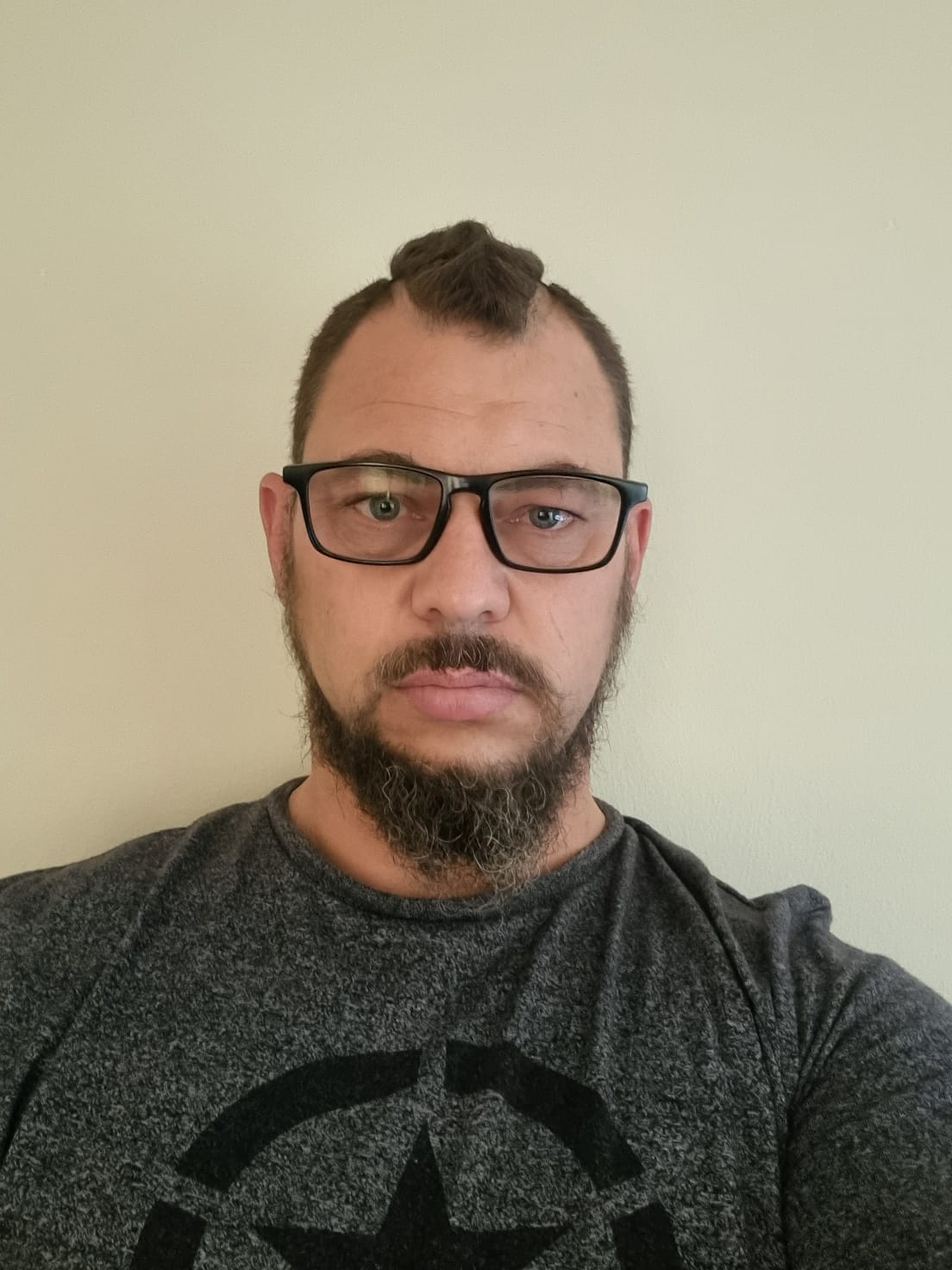 My name is Wayne. I’m a party animal from Pretoria who loves being on his motorbike.

My first experience of sexual abuse was perpetrated by a female family member. She was in her teens, and I was 5. When I was 7, a male teenager abused me for 2 years. My last experience happened when I was 13. The abuser was a woman in her 50s.

I never told anyone about the abuse. My second abuser would threaten me to keep me quiet. I feel I was robbed of my childhood and was never allowed to be a child. To cope with what was done to me as a child, I found myself using substances, being aggressive, and fighting. I was an extremely angry person. However, the most significant impact of the abuse was my constant chasing of women.

The first time I disclosed my abuse was when I joined MatrixMen. At the moment, the guys at MatrixMen and my family are the only people that know of my abuse. Before joining MatrixMen, I had never received help or support. In the 2 or so months that I have been with MatrixMen, I am a lot calmer and can control my anger. I now step back from situations and think about how I will go forward. Since beginning my healing journey, I have started being more involved with my family and spending more time with them.

I hope that sharing my story will help kids. Even if it prevents just one from becoming the person I had due to what was done to me. As boys, we are taught, from a young age, that we must be men. But how can we become men when our childhoods were taken from us. Things need to change so that boys feel comfortable speaking out if they have been abused.

My message to survivors, boys, and men, is:

For 36 years, I’ve been holding it in. The sooner you talk about it, the sooner you are going to find peace with yourself. 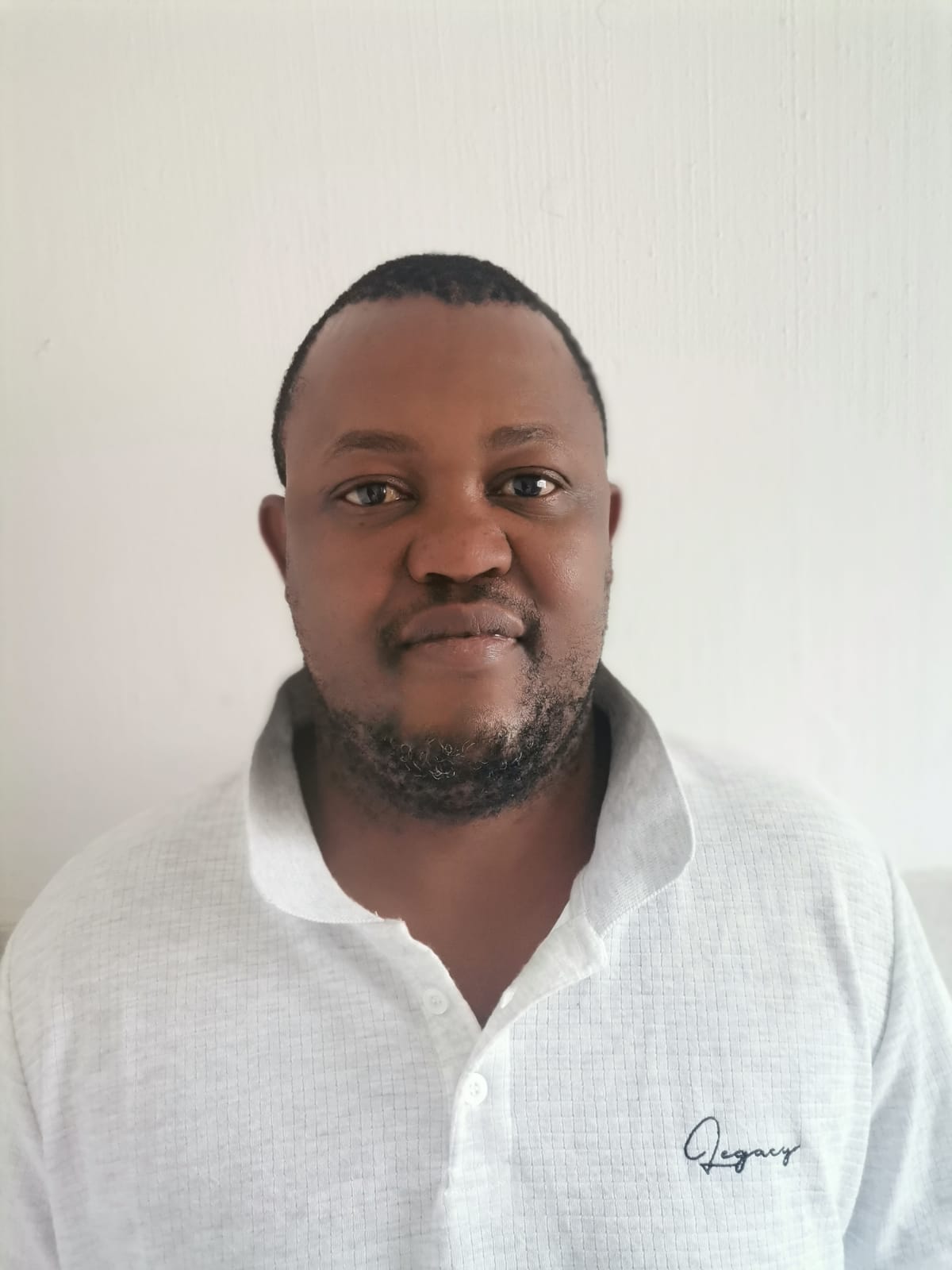 I’m Linda, a very talkative person, who loves interacting with people. Growing up I had what you could call a nomadic life. I moved around a lot when I was a child, sometimes left in the care of extended family members.

I was first abused at the age of 6. My abuser was a woman. She was older than me and would instruct me to do certain things, and at the time I thought it was a game. I would often comply to fit in and be accepted, and she took advantage of that. That abuse occurred whenever I stayed at that location, and ended when I was about 8. My second abuser was a young man, still older than me. The abuse happened when I was 9. He stayed with us for a week and abused me 3 times, before moving away.

The abuse affected me more as I grew older. I believe that my childhood was fairly normal, apart from the abuse. I was full of energy and opinions when I was a child. Very much extroverted. As I got older, I became more introverted. And I thought, okay, this is who I am now. I have had negative coping mechanisms in the past, but through healing I have been able to control those.

I didn’t tell anyone about the abuse as a child. I found myself seeing a psychologist as an adult and when discussing my childhood I disclosed what had happened to me. The psychologist helped me make the connection between my current situation and my past. My psychologist suggested I join a male survivors support group. That’s how I became a part of MatrixMen.

I found the healing very slow. A lot of sharing, breaking down, crying, laughing. At the time, I thought that it was not working. But as I look back, I realised that small changes happened and those led to big changes. I am now able to say I am a much better person having gone through my healing with MatrixMen. I have learned a lot and received an incredible amount of support from the group. I also do a lot of my own research and reading, this has allowed me to be my own support, as well as a support for others.

For me sharing my story and talking about it is a way of stopping the abuse from having a hold over me. I firmly believe that the sexual abuse and assault of boys and men need to stop being chucked under the rug. I think male survivors need as much attention as our female counterparts. If you look at rape or sexual abuse, most people immediately see the victim as female. Why can the same understanding and energy be applied to male survivors?

My message to fellow survivors is:

If you hold it up, it’s going to eat you up. Talking is healing. 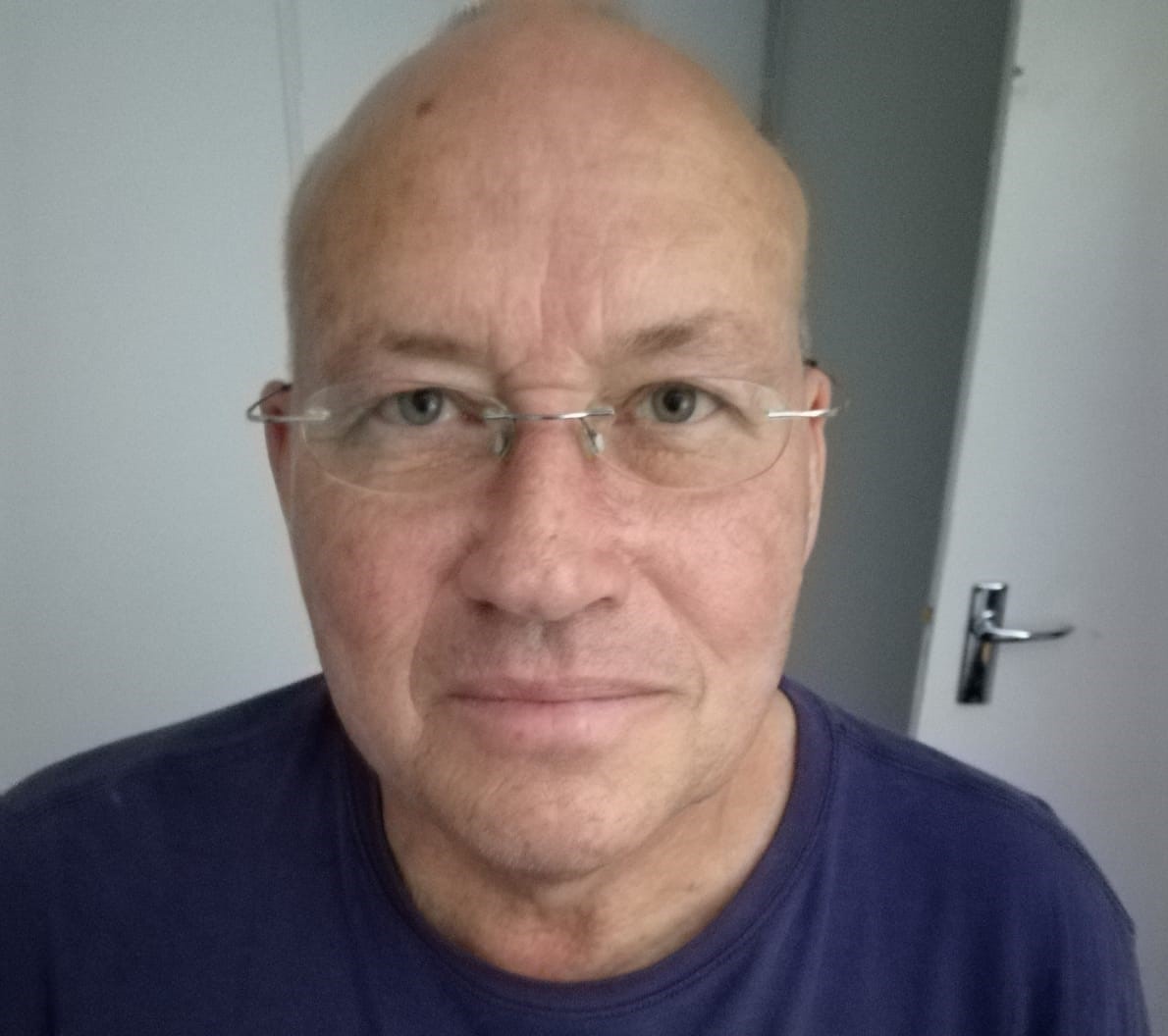 Stephen is an author and massage therapist specialising in trigger-point therapy, shiatsu and reiki. He was  diagnosed with Klinefelter’s Syndrome, a genetic abnormality where males are born with an extra x chromosome called Klinefelter’s syndrome. It sometimes causes a reduced production of testosterone, delaying puberty in young men. At 17, Stephen not only appeared much younger physically, he also  behaved younger mentally.

The endocrinologist who diagnosed Stephen with the syndrome became his abuser. Memories of the sexual abuse remained hidden for over 30 years. Recollections began to surface when Stephen was writing a book about  living with the syndrome, at the age of 51. He  recalls feeling incredibly uncomfortable at the time but thought it normal because his abuser was a specialist doctor. “I saw the doctor once a week, for 6 months, and the abuse started during the 2nd session.” Stephen recalls.

“I always had an incredibly short temper, but I’ve really managed to calm down since starting to work on my recovery.  I recall an old TV show and having an instant dislike for one of the characters. It was only years later that I realised it was because  the character  looked similar  to my  abuser.”  Stephen began his healing journey after hearing about MatrixMen on Cape Talk. He continues to uncover more memories of his sexual abuse, the more he talks about it in the meetings. He wishes that he could remember more and gain a greater understanding of  how it has affected his life, and to continue his healing.

Stephen firmly believes that more awareness needs to be drawn to the sexual abuse of boys and the effects sexual abuse has on adult male survivors. He feels that the abuse of boys is not taken seriously and that things will not change unless it is. 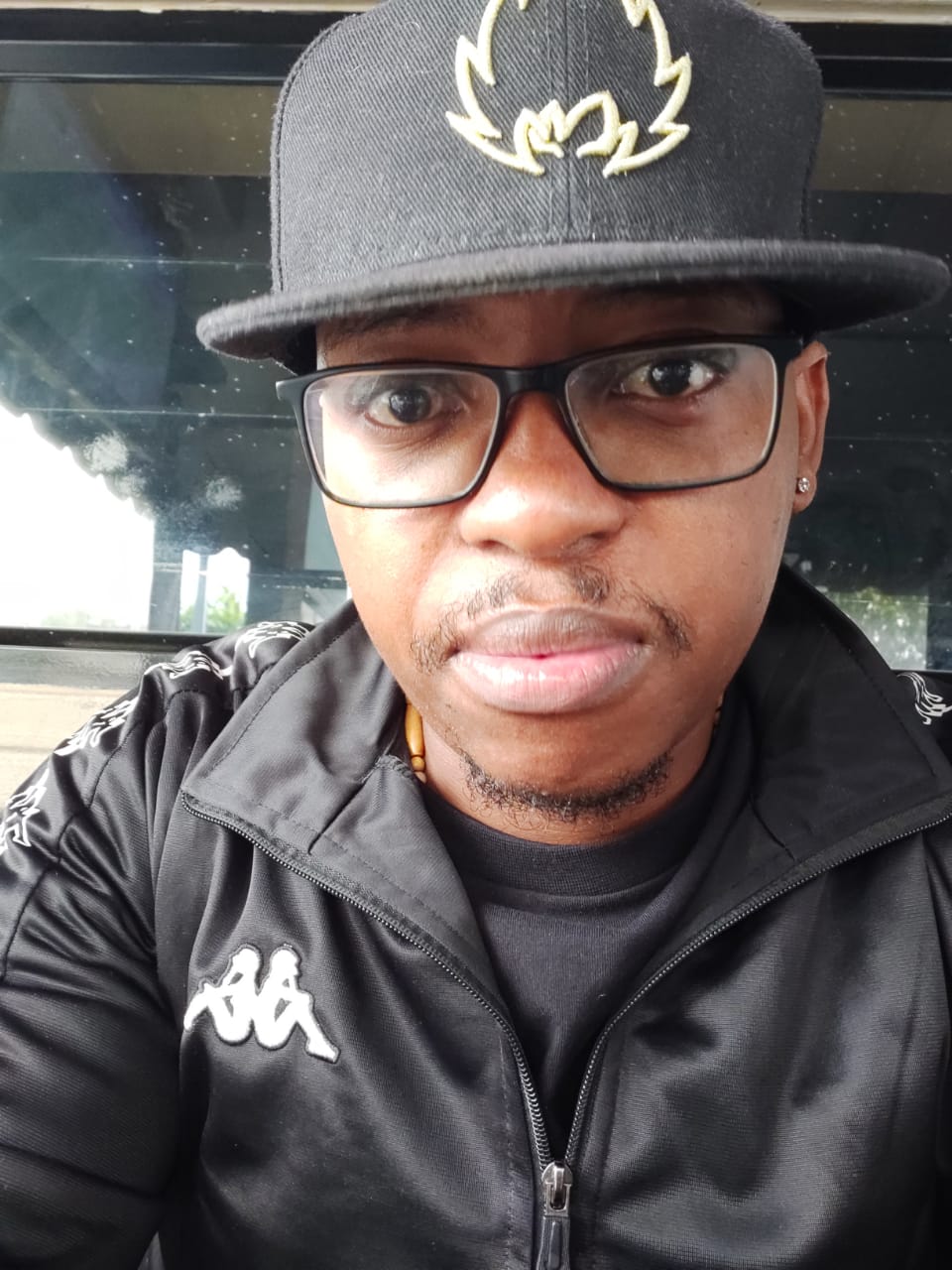 I’m Joseph, a thrill-seeking banker, who is an avid sports fan. I was sexually abused when I was 8 years old, by someone I looked up to and considered a big brother. I recall that the grooming started around the age of 6. I immediately felt something was wrong, so I left, and immediately went to sleep. Following the rape, I told my first big lie and it has been difficult to stop. I decided to become the opposite of the 8-year-old boy who was abused. I became an alpha male. The abuse resulted in me becoming aggressive, promiscuous, and a heavy alcohol user. All to ensure that I would never be in a situation like I was at 8 years old.

The behaviour that I displayed, due to the sexual abuse, led me to seeking help and starting my healing journey. I’ve been on this journey for only a few months, but it has already made significant positive changes in my life. I’ve reduced the drinking, which allows me to spend more time with my family. I must add, going back to church, and rediscovering my spirituality has been tremendously important to my healing and getting me out of a really dark place.

Society has defined what it means to be a man (the do’s & don’ts), and patriarchy negatively impacts boys by taking their voice away. Recently, I enjoy the pleasure of a cup of hot chocolate, with marshmallows and bubble bath. Something I would not have considered while portraying what I believed to be a real man.

I hope that my story will help others, the same way the survivors in MatrixMen have helped me.

To fellow survivors: “You are not alone! That for me, is what saved me.” 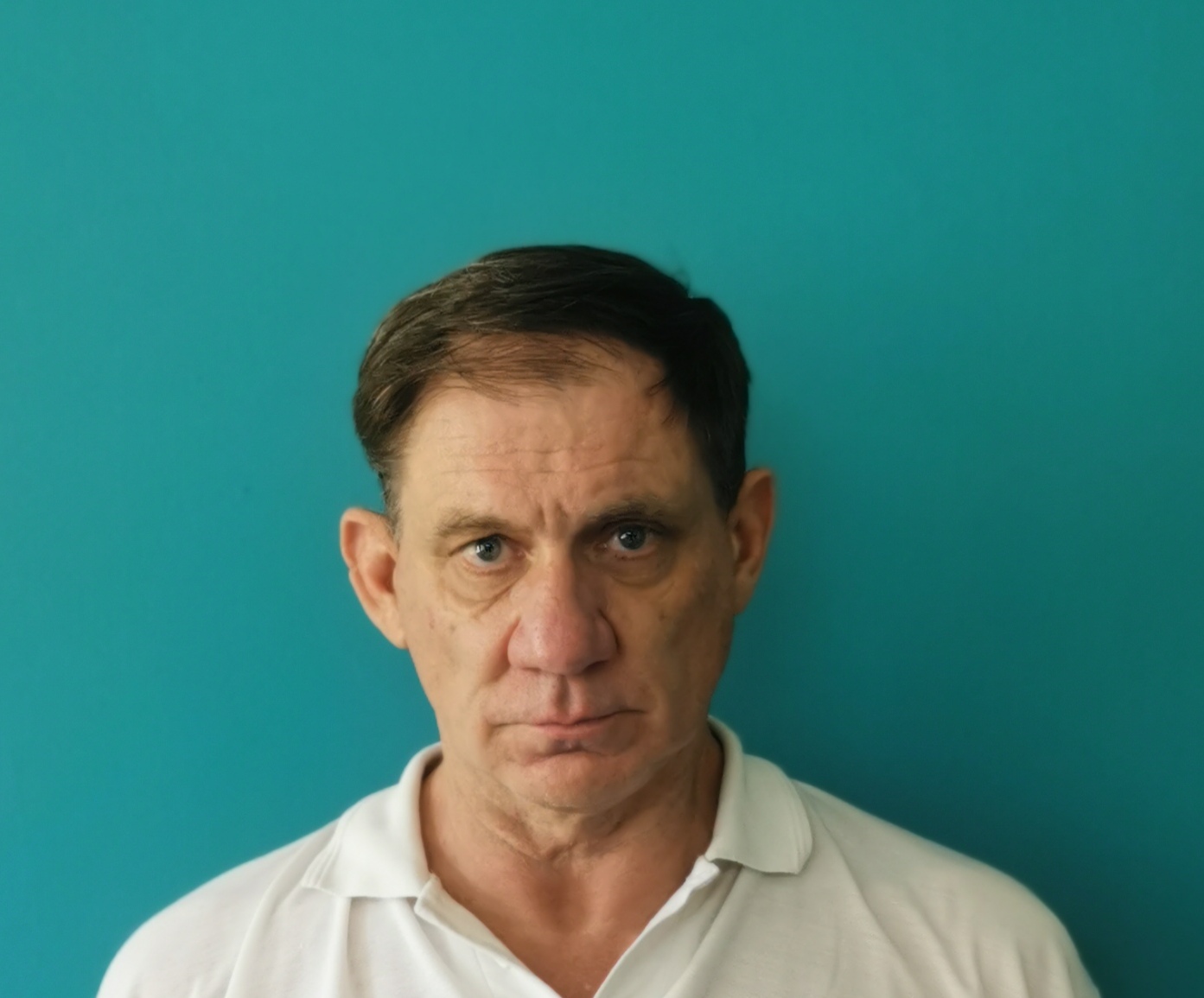 My name is Theuns, a former first responder and health care professional, now working in admin.

I was sexually abused by a family friend when I was 12. I never told anyone about the abuse because it was not something I would get a hiding for or get blamed and scolded for. I first disclosed my abuse at the age of 41. I carried the secret around for almost 30 years. I would try and shut it out, t was something that had happened to me, and I was determined not to think about it.

The abuse left me in terrible pain and extreme fear of my abuser. He used Aramis cologne, and its smell is still a trigger for me today. I used to fear any person using it, no matter who they were. It didn’t matter if I was stronger than them. I would be frozen in fear. However, since learning grounding techniques, I now know it is a trigger, and I can ground myself when I smell it and realise I’m not in danger.

I have seen mental health professionals in the past, but never specifically for the abuse, except for the counsellor I first disclosed to. He was able to help me realise that even though I walked into that room, my abuser had no right to do what he did. It was not something that was my fault. I started working on my healing when I joined MatrixMen, around 2015, after a friend who had seen Martin told me about the group. I feel that healing definitely happens when you speak about it (the abuse). It has been beneficial to have other male survivors to talk to and discuss what we’re going through. The different coping techniques we can use.

As I spoke about it, I found that people would come and say that they had similar experiences, and I would talk to them about it. I share my story to help others, even just one guy. More than that would be absolutely fantastic. We need to talk about it because the sexual abuse of boys and its impact is hushed worldwide.

To other survivors, I would say:

Get help, get support. Especially if you’re looking at confronting your abuser. Make sure you have someone to who you can go back